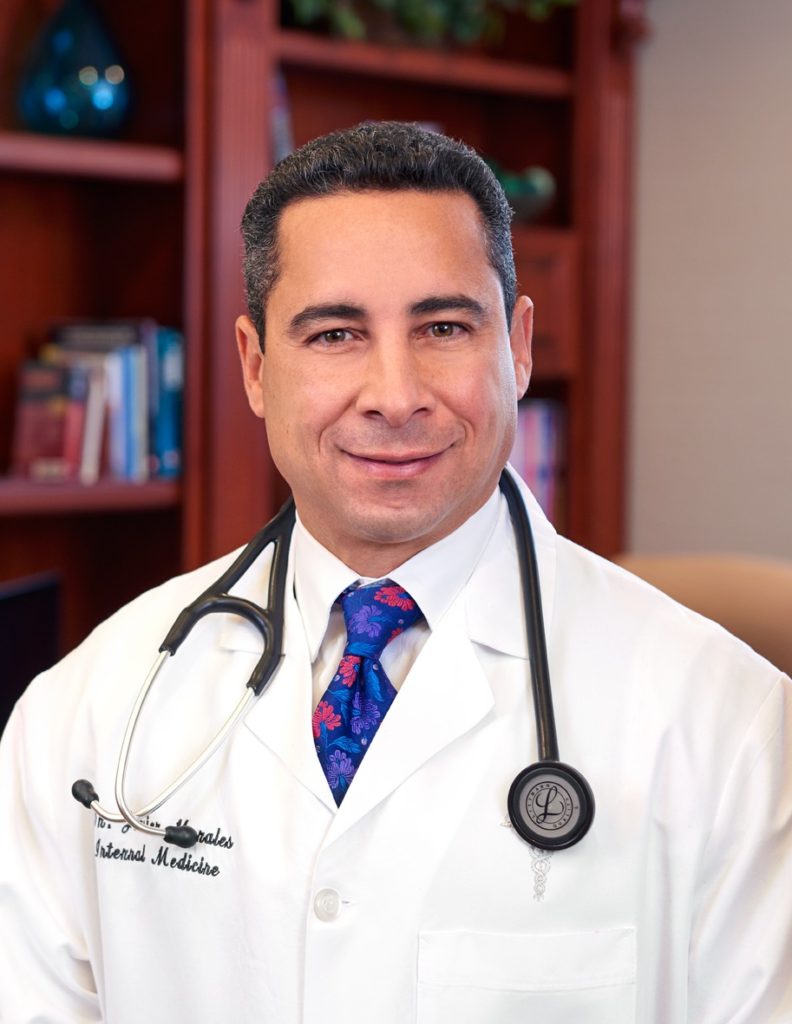 Dr. Morales works to effectively implement the concepts of modern Internal Medicine for the delivery of quality primary care, along with the commitment to the education of fellow healthcare professionals and students. As such, he is active in clinical research, having served as an investigator on several key clinical trials, has published numerous articles in major peer-reviewed journals, and is a frequent presenter at many national and international continuing medical education forums. He is involved in the training of medical residents, nurse practitioners, and physicians assistants. He is fluent in Spanish, Italian, and Portuguese. He is a member of the American Medical Association, the American Academy of Family Physicians, and is a Fellow if the American College of Physicians, Fellow of the American College of Clinical Endocrinologists, and is a Fellow of the Interamerican College of Physicians and Surgeons.